His Church is Called To Rescue His Lost Children by the Power of His Spirit working in and through His redeemed son & daughter.

Here are some verses that I have found minister to me. They remind me of the fact the Holy Spirit was given to me and that His presence is always with me.  They also remind me I have been given the honor of using Jesus’ authority on all matters of the kingdom. One of those things is to rescue His lost children.. those still bound by Satan.

What is His heart?

We must never forget what this is all about.  He died to redeem all His creation… not just some of you.

Remember John 3:16? How about these verses?:

“But God demonstrates His own love toward us, in that while we were yet sinners, Christ died for us.” Romans 5:8

“The Lord is not slow in keeping his promise, as some understand slowness. Instead he is patient with you, not wanting anyone to perish, but everyone to come to repentance.” 2 Pet 3:9

Those wretched, , filthy minded, obstinate, self-centered, sinful people… aka “the world”… that is who He died for. That is who we ALL were in His eyes. The gift of His righteousness was given AFTER we accepted Him as Savior… after, not before.

Let me stop here to also clear up a false doctrine floating around. A strong delusion:

The Great Commission was never.. and never will be… released from being our responsibility!!

“Then Jesus came to them and said, “All authority in heaven and on earth has been given to me.  Therefore go and make disciples of all nations, baptizing them in the name of the Father and of the Son and of the Holy Spirit,  and teaching them to obey everything I have commanded you. And surely I am with you always, to the very end of the age.” Matt 28:16-20

Nowhere in God’s Word does it say we, at some point, whether we are in the Church AGE (which we are) or in the Tribulation.. that we are released from the Great Commission.  NOWHERE….

And he said to them, “Go into all the world and proclaim the gospel to the whole creation.” Mark 16:15

“And said to them, “Thus it is written, that the Christ should suffer and on the third day rise from the dead, and that repentance and forgiveness of sins should be proclaimed in his name to all nations, beginning from Jerusalem.” Luke 24:46

“Then he said to his disciples, “The harvest is plentiful, but the laborers are few; therefore pray earnestly to the Lord of the harvest to send out laborers into his harvest.” Matt 9:37-38

“And how are they to preach unless they are sent? As it is written, “How beautiful are the feet of those who preach the good news!” Romans 10:15

“Do you not say, ‘There are yet four months, then comes the harvest’? Look, I tell you, lift up your eyes, and see that the fields are white for harvest. Already the one who reaps is receiving wages and gathering fruit for eternal life, so that sower and reaper may rejoice together.” John 4:35

****Just in case we have forgotten how we are to treat our backsliddenbrothers/sisters, see James 5:19 ****

“My brothers, if anyone among you wanders from the truth and someone brings him back, let him know that whoever brings back a sinner from his wandering will save his soul from death and will cover a multitude of sins.” James 5:19

Now let’s read about how our walk should manifest to the lost: and to clarify.. matters of the kingdom involves destroying all the works of the devil.  Remember, it is the goodness of His kingdom revealed to the lost, that brings them to repentance.

“But you will receive power when the Holy Spirit has come upon you, and you will be my witnesses in Jerusalem and in all Judea and Samaria, and to the end of the earth.”Acts 1:8

“Heal the sick, raise the dead, cleanse those who have leprosy, drive out demons. Freely you have received; freely give. ” Matt 10:8

“He that believes on me, as the scripture has said, out of his heart shall flow rivers of living water.” John 7:38

“And do not get drunk with wine, for that is dissipation, but be filled with the Spirit,”Eph 5:18

This is power. This spirit life flowing out of us. If our lives don’t reflect what the word says we need to ask Him (and ourselves) some questions…

Please, let us never forget that no matter how dark things get, we are to shine all the more brightly. We are to always, always… go get His lost sheep.

The power to do this is inside you already. Father has revealed His heart’s desire to His church already. It’s already been written and revealed to us. All you need to do is act on it. 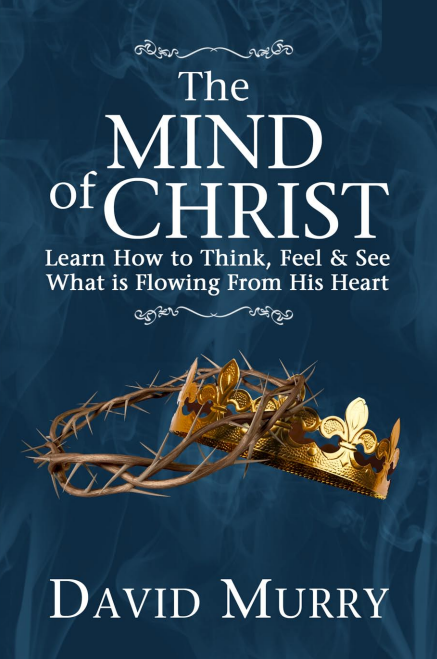 Email us at dwmurry@gmail.com
Maija and I will pray for you---
"In all things we are more than conquerors through Him who loved us."
Romans 8:37